What do men want? That’s a big question and one that I have been researching for years. In fact, when my next book comes out next January, I will be unveiling my take on this topic as well.

I recently came across Kate, who has great information and a story about what men want. If you are looking to gain insight into the mind of a man, this is worth checking out.

Below is the start of her wisdom and if you want more, you can click on the link at the end for a video that goes deeper. (…and in full disclosure, she does have a $37 product to sell with the full scoop of what she has to teach on this topic.)

Having a man close to you is a wonderful feeling…

That you may have even scared a good man off for good.

Well, the truth is this (WARNING – I’m not going to sugar-coat this): The reason he doesn’t want you or desire you is simply because you never made him feel like you really “GET” him. 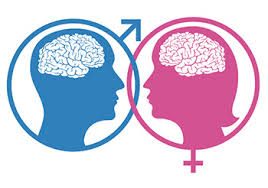 You Gotta Show Him You GET Him!

Most women think it’s enough to make herself look appealing by fixing her hair, makeup, and clothes. The usual “peacocking” stuff that captures his eye. The thought goes that, if you make yourself LOOK good enough, he’ll desire you and fall in love with you. But this is backwards. And it feels “desperate” to men.

YES, you absolutely do need to be appealing to the eye (and that does NOT mean you need to look like a supermodel or have backbreaking boobs.) There is no question that this will initiate interest. HOWEVER… What he REALLY needs to feel is that you UNDERSTAND him as a MAN…. And you’d be VERY surprised how easy it is to send a guy the wrong signal and make him think you don’t get him AT ALL.

For example: A lot of women pretend to understand a man in order to pry open his heart. But it backfires on her when she doesn’t do it the right way. Like when she pretends to be interested in his hobbies or sports or television shows, but it’s just her faking “good behavior.” You know, that “getting to know you” pretending that both men and women sometimes do.

QUICK SECRET: Men And Women Have Developed a Keen Radar For BS!

Most human conversations (these days, anyway) tend to have the feel of: “Mmm hmmm. Mmm hmmm. Just waiting for my turn to speak.”

To be fair, we all get a little nervous on dates. And we want to yak it up and make a good impression. But sometimes we gotta drop the whole “Facebook culture” thing and not need to broadcast ourselves or our lives.  SO when a woman pretends (even if she’s really sure she’s putting up a good act of interest), an alarm goes off in his head when he figures it out (and believe me, he DOES) – and then slams the door to his love on you.

It can happen on the first date – or the umpteenth… There’s no statute of limitations here. You have to show him that you not only understand MEN – but the unique things about HIM as a man.

So, we men know when a woman “GETS” us – and is on our team – and when it’s just a trick to get us to dig her. But if you show him the “Secret Signal” he’s looking for – he instantly melts for you. If you show him this Signal, you can have just about any man spellbound – IRRESISTIBLY desiring you. (It’s almost like cheating.) Oh, and if you think that the “Secret Signal” men are looking for is SEX – that’s NOT it!

TIP: the “worst” mistake you can make is to sleep with him too quickly just because you think he might “move on” if you don’t…

I just got off the phone with Rebecca – a client, who’s now a close friend of mine. After losing her husband to another woman, at the age of 39, well – she’s falling back in love, and talking about a new baby. Now, if you had seen Rebecca just 3 months ago at the mall, where they had an argument so loud and scary that the police had to escort them out (no joke)… You would NEVER have thought this was possible. But she pulled it off… I gotta hand it to her.

You see, what Rebecca discovered was the ONE thing that men desire most of all from women. And if you think it’s that same three letter word that starts with S and ends with X….NOPE. Not that at all.

Again, so many women assume that this is what men want, and ALL they want. It’s such a well-known and accepted fact about men that it must be true… right?

SECRET TIP: What Do Men Want?

Why? Because it’s one of the signals that tells him he’s doing things RIGHT. It’s the ONE way he knows he’s making you happy, when you appreciate him. Appreciation is the male form of LOVE!  It’s also one of the reasons he falls in love in the first place. But, inevitably, the appreciation starts to wane. And then the distance creeps in….He seems distant or hard to reach.

OR – if you’re just going out on a first date with him, but things fizzle – and you never hear from him again. What happened? Chances are, you missed showing him THIS secret signal.

If you’d like to know what this Secret Signal is that makes men desire you uncontrollably, I’d like you to watch this new video presentation. And you’ll also discover something incredibly exciting – a NEW way for you to unlock the secrets of the male mind. Don’t let something interrupt you – Go Here NOW!

FYI, the video is about a half hour and you can start and stop it whenever you wish.