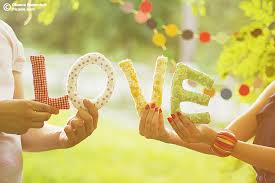 Today I wanted to share with you fascinating research that my friend and licensed relationship expert, Randy Bennett, recently brought to my attention.

It has to do with a remarkable “secret weapon” that researchers discovered can actually transform your relationship from a miserable, stale, boring, emotionally-starved desert into a lush garden full of fun, intimacy and passion.

Imagine the WORST argument you’ve ever had with a man.

He retreats to the garage or turns on the TV, you don’t speak for days, and any look from either of you feels like a poison dart straight to the heart.

You may have thought, “We’re getting close to the end of what was once a promising, loving relationship.”

Instead of living in the love boat…your relationship feels more like it’s trapped in the “kill or be killed” hunger games.

How does that sound?  Familiar?

Believe it or not it can, and I am going to show you how in this article.

These are skills every man and woman (single, dating, married or committed) should know

Why Fighting Can Actually be Good…

Now, if you’re like most people…you think fighting is bad…bordering-on-evil bad.

Well, that’s not necessarily the case.

Fighting is actually NOT the number one cause – or even a predictor – of relationship failure.

Not even close.  So next time you get into a committed relationship… don’t be afraid to get into a fight.

Actually, fighting can stimulate positive change in a relationship assuming there isn’t a mix of psychological warfare, back-stabbing and needless put-downs added to the fight.

Let me prove my point.

Researchers from the University of Washington were curious why some couples could fight and then within hours be right back in each other’s arms again, seemingly HAPPIER than before they fought, while other couples kept growing closer…to divorce court!

Going into the study, the researchers believed that the words “I’m sorry,” we’re the key to effective relationship repair.

But after analyzing more than 600 couples over a 14-year stretch, the researches were stunned to find out that they were wrong.

They found that, while almost all couples apologized, only a percentage of them effectively repaired the relationship after the argument.

There was something else going on…something the researchers NEVER expected.

What These Researches Found Left Them Stunned…

After analyzing couples who stick it out, these researchers realized that for every negative event, the couple had at least 5 POSITIVE events.

That means for every negative event, there were 5 positive events.

That was their secret weapon.

We’re not talking big deals here like a weekend away to the tropics or a piece of jewelry or flowers every time there’s a big fight… just simple little things, such as…

In other words, it’s the “little things” that actually make a HUGE difference.

What does this mean for you?  For a brand new relationship?

The little deposits you make into the love bank on a day-to-day basis overwhelm any withdrawals that are made when you have the periodic all-out-war type of fights.

That means… you want to make a lot of love deposits.

And that’s how those at-each-other’s-throat couples can seem like they’re on the verge of breaking up one day, and then appear to be deeply in love as if they are newly dating the next day-all because they’re using that secret weapon against all of the negativity.

How to Reclaim that Dating Spark in Your Relationship…

The take-away here is that you already hold the secret weapon for once again having a close, loving, emotionally-fulfilling connection with your man (OR a new relationship).

You just have to put that secret weapon to work, starting RIGHT NOW.

It doesn’t mean that you stop fighting – that’s completely unrealistic.

What it means is that the next time you DO get in a fight, keep in mind the concept of outweighing a handful of negatives with a barrel full of positives.

In fact, I challenge the couples I counsel to aim for the Rule of Six: for every negative interaction you have with your man, you have to override it with at least six positive interactions.

When the overwhelming majority of your interactions are positive ones, the smaller number of negative interactions isn’t powerful enough to take down your relationship.

Positive interactions build a relationship fortress, and they’re your secret weapon for creating emotional intimacy between you and your man.

And that will lay the groundwork for developing a deeply fulfilling, blissful relationship that will flourish for decades to come.

I wish you the best,

P.S.  The Rule of Six is one of the simplest, but most effective methods that I teach, but there’s another, even more powerful one that I share in this video.

It has to do with a somewhat unusual way of talking to your man that connects to his “love frequency.”

It’s shockingly simple and is something that ANY woman can do – it’s natural, it’s easy, and it’s actually fun.

And it’s the best skill to attract men to you, like bees to honey. And best of all, it works extremely quickly as I explain here.