According to a recent “Atlantic Monthly” article, not only are there more singles than ever in history, but 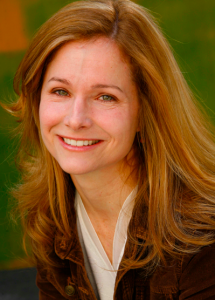 (according to this article) dating and mating have never been tougher especially for women.

I asked my friend and relationship expert, Carol Allen, for her thoughts on this topic and to share with you a remarkable new series she has created on “what men want.” Here’s what she has to say and a preview to what she has discovered on this topic:

In terms of romantic opportunities, it’s more of a “man’s world” than ever, but don’t panic!

You see, women are doing extremely well – more are graduating from college, medical school, and law school thanmen these days. And male-dominated fields, like construction, manufacturing, and finance, have been hit hardest by the economic woes, so women are now often making more money than the men they’re meeting, too.

But we still typically want a man who is “taller, richer, smarter.” So there are more great women all vying for the same (shrinking) pool of quality men.

Also, while the trend of internet dating has given both men and women unprecedented access to each other (no longer do you have to rely on introductions from friends, or chance encounters at the gym or grocery store with that hot stranger), it’s created a false sense of abundance, causing many singles to have ridiculous standards.

Matchmakers tell me they see this played out again and again everyone is so sure they can “have it all” in a mate, they quickly disqualify anyone for the smallest thing: one misstep (food in your teeth, off-color remark, seeming case of nerves) and that great guy or gal you met is G-O-N-E.

So you’d better know what you’re doing, to be sure you don’t scare off that special someone.

You see, soulmates don’t always recognize each other right away. While couples like Arielle and Brian knew instantly, that’s not always the case. I was just sure I wasn’t going to marry my husband of 14 years, until it hit me that he was the one seven years after I’d met him!

It can take time and shared experiences, to really GET how special someone is and how strongly you connect.

So be sure you know how to handle every step of the way, from the first meeting, to the first date, to the first time you get “up close and personal,” to negotiating how to join your lives.

Since women turn to me for answers, I decided to go straight to the source MEN. I’ve asked the 8 greatest male relationship experts in the world to reveal how to be the woman who stands out in a man’s mind, and just what to do and say at critical moments to tell him you’re the best woman he could possibly find.

It’s called “What Men Want” and it rocks because these men are geniuses who’ve worked with thousands of men for years, and don’t just share their opinions they share what they’ve learned from men of all walks of life, from all over the world.

Here is just a small sampling of the golden nuggets that come from these incredible men who are willing to reveal their innermost beliefs:

I encourage you to check out Carol’s program. Find out more about “What Men Want” right here.