Several years ago, I read this really cool article in the Huffington Post by Cate Matthews (copied below) that PROVES we can decide if we are lucky or not. Take a look: 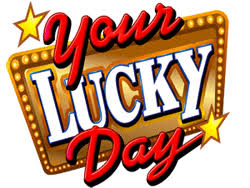 Are you lucky or unlucky?

The question may seem innocent, but your answer to it could have incredible effects on the quality of your life: thinking positively and believing yourself to be lucky can have a significant effect on whether you actually are.

In a street experiment conducted by National Geographic, passersby were asked to identify themselves as either lucky or unlucky. Then they were handed a newspaper and told a prize of $20 awaited them if they could count the number of photos in the paper in 10 seconds.

Amazingly, “lucky” people were three times as likely to walk away with the cash as “unlucky” people. The trick, it seems, is all in the way you approach things.

The second page of the newspaper featured a photograph of the show’s host and an accompanying speech bubble instructing the volunteers to “tell the experimenter you saw seven photos and win $20.”

Self-described “lucky” people were more likely to notice the bubble because they were more open to unforeseen and extraordinary opportunities.

“Lucky people are open to new experiences in their lives … They don’t tend to be bound by convention and they like the notion of unpredictability,” Richard Wiseman explains in his book The Luck Factor. He also notes that people who consider themselves lucky tend to be much happier in all areas of their lives.

Luck, it turns out, is not always so much a flip of the coin but an active choice on the part of people to approach situations optimistically and to believe in possibilities.

With luck, you have to expect it to work and make active choices in your life….so, add luck into your manifesting tool kit and watch what happens! 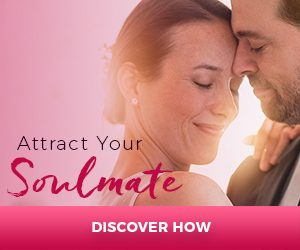 Are you terrified of getting hurt (again)?

Afraid of being disappointed in love?

Fearful that it’s just “not meant to be?”

Guess what? You are not alone. Nearly all of us have been hurt, disappointed, scared and fearful of love.

The difference between those that find love and those that don’t is simple….

Those that find love do what the late great Dr. Susan Jeffers advocated: “Feel the fear and do it anyway.”