I was blessed to learn about the powers and magic of manifesting on September 12, 1984.  My life changed that day and since then I have devoted my life to mastering the art and science of what we now call The Law of Attraction.

Every time I manifest something (which is usually at least once a day) I am still delighted and surprised that it worked!

Sometimes my desires are met in mere minutes, other times it can take weeks or even months, but eventually, always, my desires are almost always met with what I asked for, or I get something better.

The fastest thing I ever manifested was a gluten-free chocolate chip cookie.  I was at a conference, it was during lunch, and I got up to go to the buffet, hunting for this specific cookie.  There wasn’t one, and there had never been one on the buffet.

When I got back to my seat, my friend Lisa Nichols, walked up to me and said “Arielle, would you like this gluten free chocolate chip cookie?” (Of course, I said yes.)

The longest it ever took me to manifest something was when I wanted to change jobs. I had a great job, it paid well, and it wasn’t overly demanding but I was totally bored with it.

And, I didn’t know what I wanted to do next.

What I did know was this:

I desired to wake up every day feeling excited and happy to have a new position that was creative, fulfilling, that I could do from home, that was well-paying with excellent company benefits, and that I would be using all my skill sets and working with like-minded people.

I had no idea of where this position could be found since I didn’t even know what the position was.

However, I completely trusted that not only did the perfect job exist, but that IT would find ME. 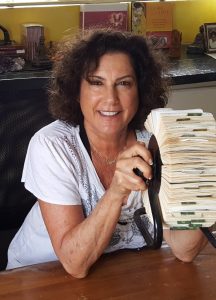 Every day, for more than a year, I sat at my desk for several minutes while I held on to my old giant Rolodex filled with the names and phone numbers of the thousands of people I had met over the years.  Using my imagination, while focused on my heart and deep feelings of gratitude for my new career path, I thanked the Universe for arranging my new work.

I never doubted that this job would appear and I continued to work at my old job, and provided the highest quality creativity and results to my employers.

One day, more than a year into this daily practice, I got a call asking me to appear on an interview show to discuss The Soulmate Secret. The interviewer and I became friendly and had several other calls.  I pitched her an idea for a free web event, she said yes, the event was a stunning success and the next day her company offered me the most amazing position!

I could have never dreamed up the things that happened from there.  And, and here’s the BIGGEST take away:

I didn’t need to know the HOW or the WHY for it to happen.  I simply practiced Law of Attraction 101:

This process works and it requires your participation. Simply wishing, hoping, dreaming, or fantasizing won’t get you where you want to go, but when you’re willing to put in a little time, energy, intention and attention, all things are possible.

Is it your dream to find a soul mate?

A life-partner who will love, cherish and adore you? 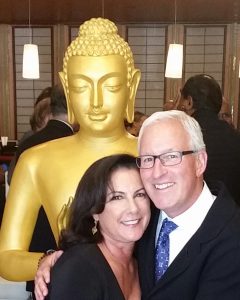 This wonderful Universe of ours is set up to deliver the people and things we draw to us that are consistent with our personal belief system.  If you don’t believe you will ever find the ONE, then, guess what?  You get to be right …you probably won’t. If, however, you learn to believe that the ONE is not only out there, but is ALSO LOOKING FOR YOU, then true love can be yours.

When I was in my early forties, I decided to manifest my soulmate using everything I had ever learned about manifestation, psychology, spirituality, and the Law of Attraction.   And it worked. I met my husband, Brian, who has exceeded all of my desires and expectations. And now, 20 years later, he was and still is everything I ever wished for.

The same is true for love.  It’s there for you.  It’s always been there for you.  You just need to remember the love that you are and once you do, the Universe will deliver to you the perfect soul mate.

The basic Law of Attraction states that you will attract to you those things that match your state of belief. Believing that your soul mate is out there is critical to the preparation of manifestation.

To manifest your soul mate, here are the ten top things to do and remember:

Big love is possible for anyone of any age if you are willing to become a magnet for love.  Continue to live each day in the knowingness that you are in a loving, committed relationship as you savor the waiting for your beloved to arrive.

The “secret sauce” to manifesting everything and anything is to move from your head and into your heart and I have a bunch of new (and free) Feelingizations™ for you at www.soulmatesecret.com – just click on the “free stuff” tab!

We live in a world full of paradoxes. The “success” teachers say we need to write long lists full 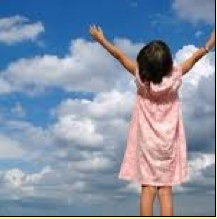 of goals – short-term, long-term, even 5-year goals.  The “spiritual” teachers advise us to “let go and let God.”  The Law of Attraction tells us that we will bring to us the people, places, and experiences that match our “state of being.”

It’s easy to see why some people might just get confused and/or frustrated.

I think that all of these approaches work if you believe they will (depending on your level of consciousness and to some degree, your destiny).

For me, GOALS often show up as “things I think I should want or should have” based on influences of the world around me. These things will not necessarily make me happy or bring me fulfillment.  Otherwise, all rich people would be insanely happy and satisfied.

Research shows that lottery winners are no happier one year after they have won than before they got the money, and that someone making $10 million a year is no happier than someone earning $50, 000 a year. And yet, when it comes to writing out goals I’ll bet 99% of us have making more money as a top goal.

When it comes to manifesting a soulmate, I do believe it’s important to have clarity around the heart traits and qualities you most DESIRE in a partner along with a general idea of what your lifestyle will be like (the city you where live, the types of activities you participate in together).  Building your desires is heart centered and important in your soulmate attraction plan.

I also believe that if you try to completely design every last detail about your soulmate, you are setting yourself up for extreme limitation and you aren’t allowing the Universe to bring you someone who can make you happier than you can even imagine.